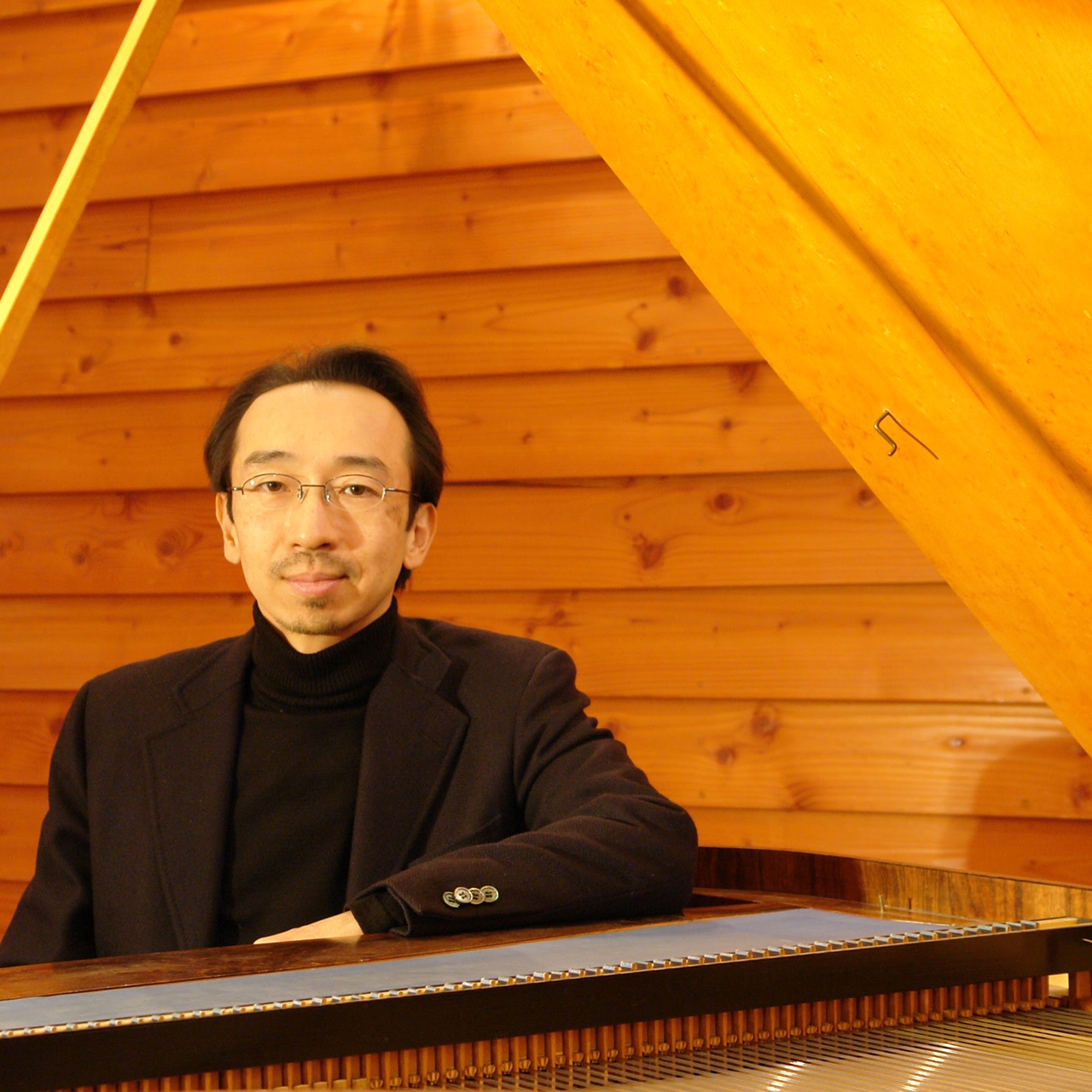 Makoto Ueno was born to a musical family in 1966 in Muroran, Japan. His grandmother and father were both organists in a local protestant church, and they exerted the first musical influences on him. A graduate of the prestigious Curtis Institute of Music in Philadelphia, he studied with Jorge Bolet and Gary Graffman, then continued in the Mozarteum Salzburg with Hans Leygraf. Also in his formative years, Ueno received musical instructions and suggestions from diverse artists such as Mieczyslaw Horszowski, Edward Aldwell, Felix Galimir, Leon Fleisher, Rosalyn Tureck, Andrzej Jasinski, Radoslav Kvapil, and Jacob Lateiner.
He was a prize-winner at various international competitions such as Maryland, Boesendorfer=Empire(Brussels), Geneva, Orlans. In Japan, he was a recipient of the Kyoto City Prize for New Artists, and of the Aoyama Barocksaal Prize, in 2005. In June 2005 he won Second Prize at the First Sviatoslav Richter International Piano Competition in Moscow.

Although he usually plays modern concert pianos, Ueno is equally at home with historical instruments, often performing on Viennese and British fortepianos from 1810 to the 1820s, on a Pleyel, Streicher, Erard of 1840 to 1860.

His live TV and radio appearances have been broadcast on NHK FM and NHK TV, and solo
CD recordings have been released by Octavia Records and Wakabayashi Koubou labels.
Ueno’s recordings of Liszt Transcendental etudes, complete etudes by Debussy,Bartk on
modern Steinway pianos, Beethoven played on Matthaeus Stein and Broadwood from early
19th Century, Debussy and Rachmaninoff with an American Steinway made in 1925, and
Chopin Sonatas with Pleyel and Erard made circa 1850 have been on the market in the
recent years.

Since 1996, he has been teaching as a piano faculty member at Kyoto University of Arts. In addition to his teaching at other Japanese universities and institutions, he has served as a jury in major piano competitions in Japan, and written articles and essays for various Japanese music magazines.
An avid photographer of architecture and landscapes, particularly interested in non-digital medium-format photography, Ueno has future plans to make his photographs of historic Japanese temples, shrines, and monuments around Kyoto and Nara accessible to the general public.